An ode to the rich artisanal history of the Philippines, tradition comes full circle in a collection that wields centuries-old pieces and techniques to create the new wave of Filipiniana jewelry.

Herminia is the embodiment of a strong, intelligent woman; a Filipina who has fallen in love with the past that shapes her today. 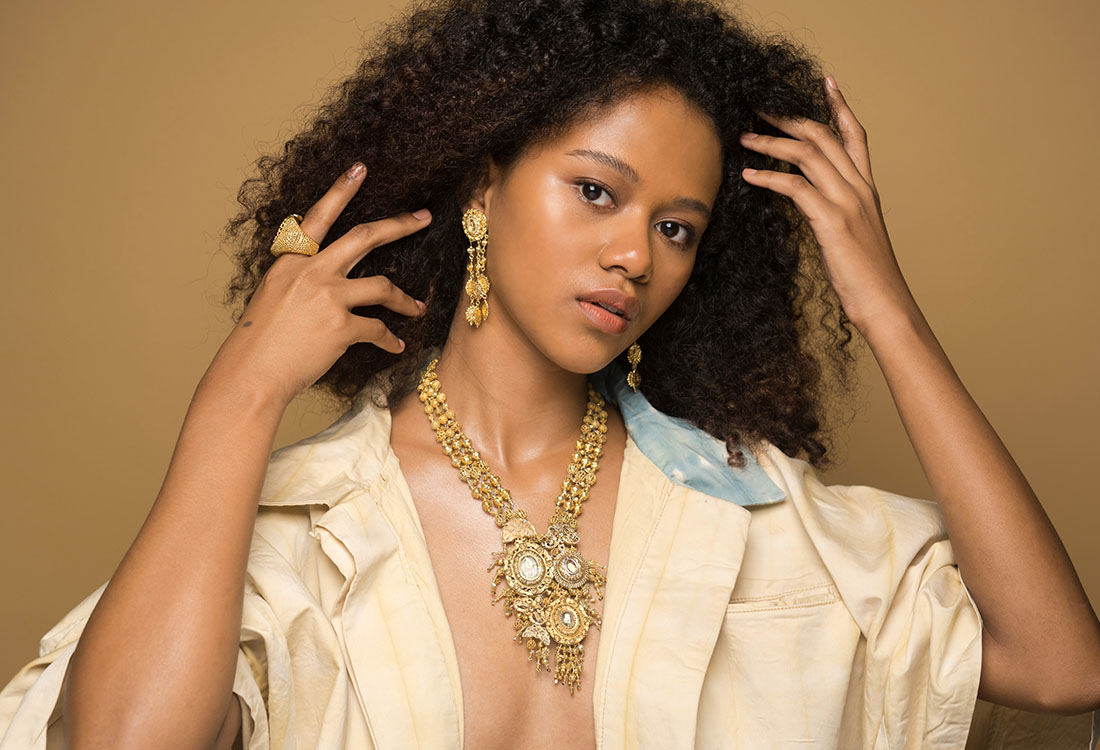 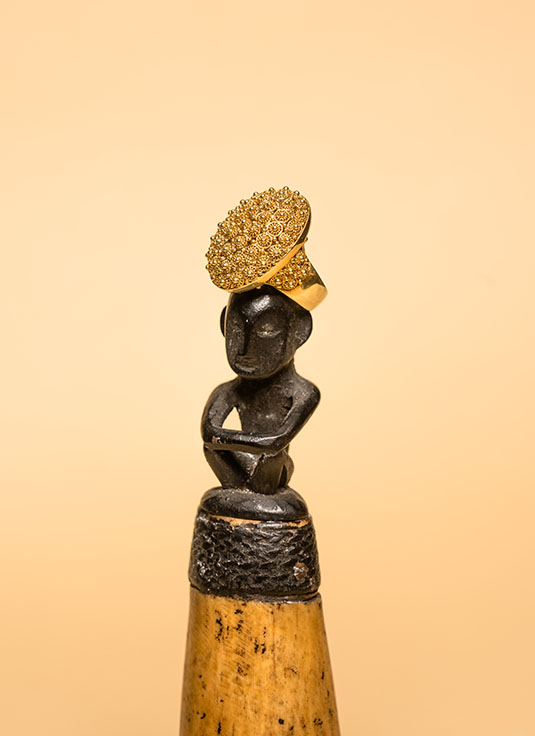 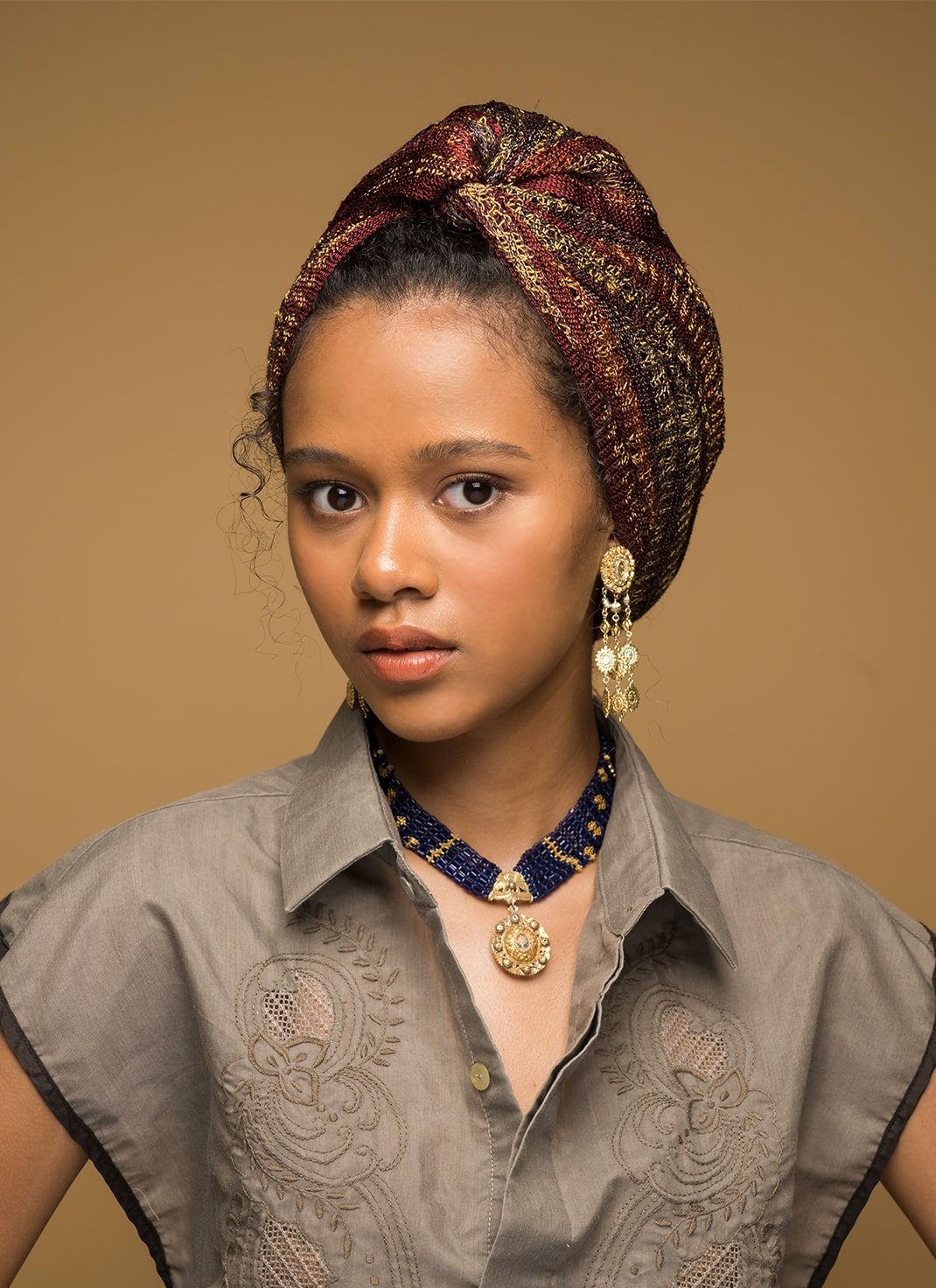 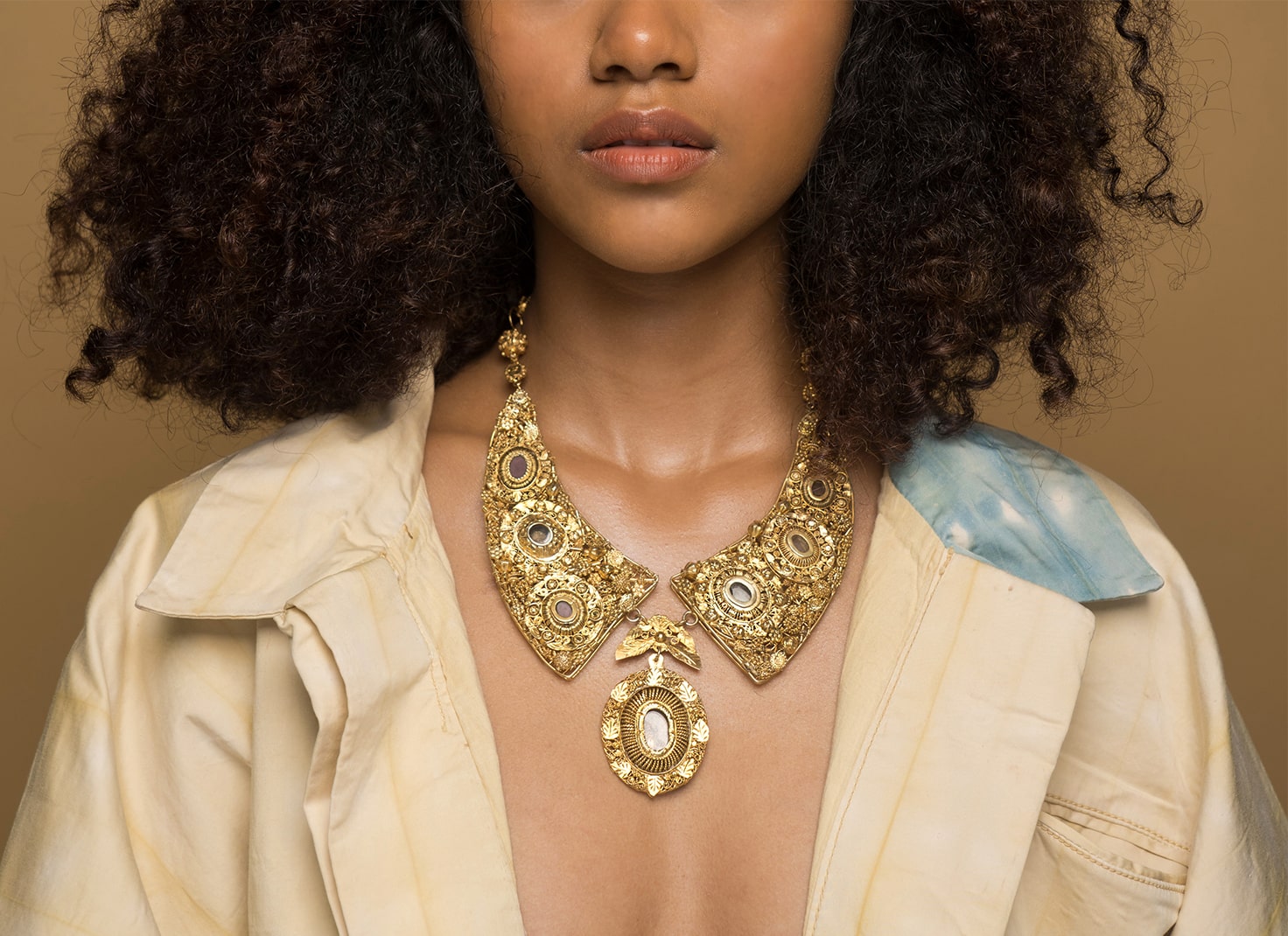 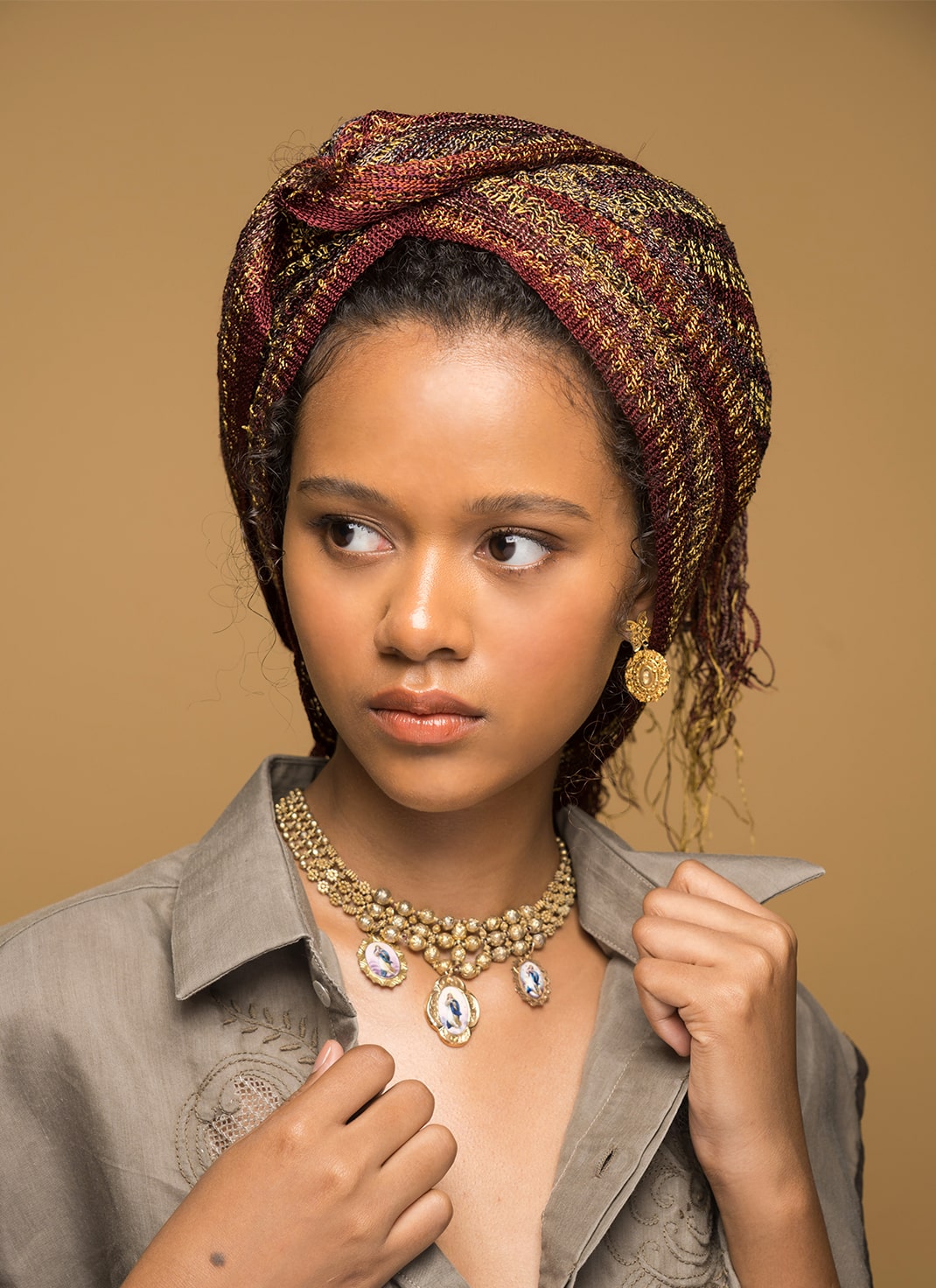 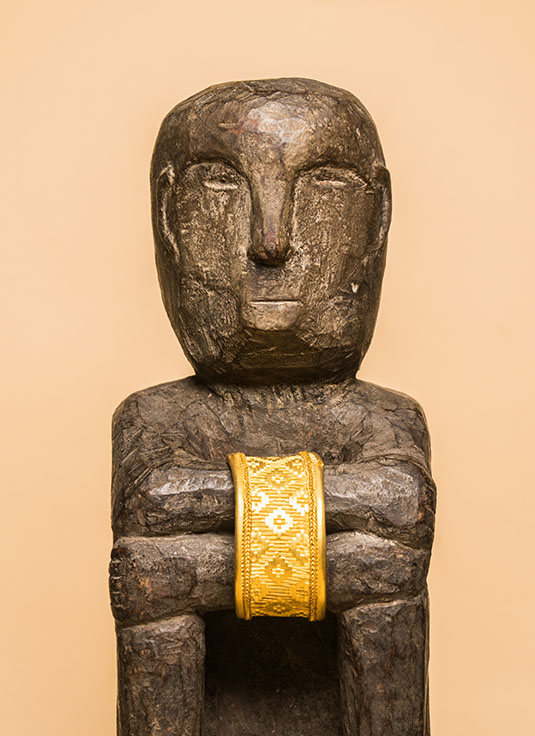 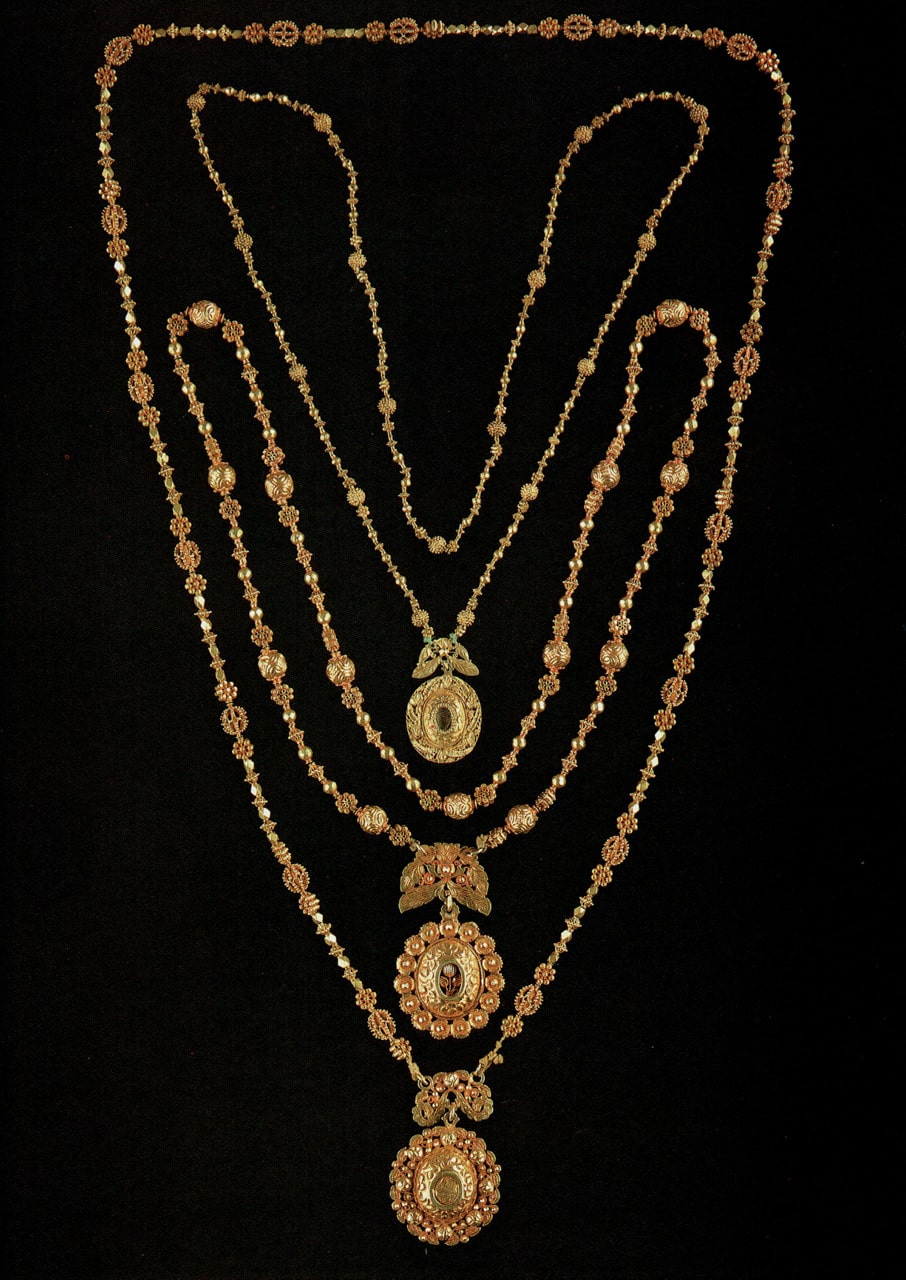 Spanish rule ushered the proliferation of many religious items in the Philippines. Rosaries were among the most popular, coming in wood, seeds (sabot sabot), and metal. Gold paternoster beads were made in the filigree technique that used frames—the tambour—to shape thread-like, gold wire into beads or pendants—hence the term, tamborine. Later worn as jewelry, the gold beads were seen as heirlooms, with families giving individual beads to their children rather than whole necklaces, which is why necklaces with varied tamborine styles became the norm. Older beads often spoke off status, sparking the “kalawanging ginto” (rusty gold) look that resembled aged gold.

Trade in Vigan Through the Years

Long before the Spanish came to the Philippines, the archipelago was already a hub for trade in the region. One such place was Vigan, which welcomed traders from China, nearby countries, and eventually Europe via the Spaniards. The city’s manufacturing industry blossomed thanks to its melting pot of influences, particularly that of the Chinese immigrants who introduced new skills in woodcrafting, stoneware, and gold smithing. With both Asian and European influences, the local artisans soon became known for creating fine filigreed jewelry that became known as tamborine jewelery. 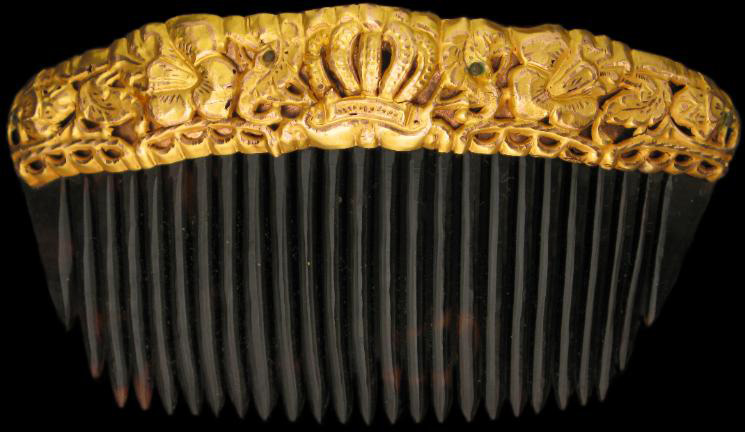 The Philippines was once a regional center for jewelry design thanks to its abundance of gold and “the impressive goldsmithing techniques of the indigenous jewellers,” as noted in early Spanish accounts. This skill was later evident in the Spanish-influenced, tiara-like peinetas or hair combs, which seem to have been traded widely in the Malay region, as evidenced by examples of such antique finery now displayed in the National Museum of Malaysia. 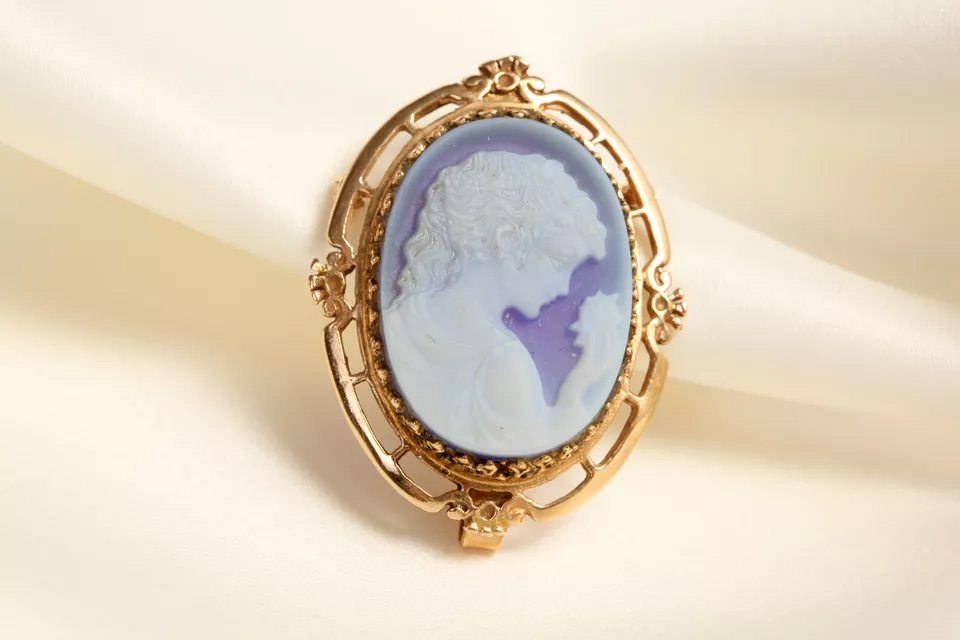 How to Identify Real Cameo Jewelry

The iconic cameo has been beloved since the 3rd century BC, with authentic ones carved with a raised relief to depict a profile or mythical scene. These were often made of shell, coral, stone, lava, or glass then set in gold or silver. Over time, inexpensive reproductions in plastic also appeared. To distinguish the genuine ones, it is important to determine what the cameo is made of. For example, real cameos made from conch shells have an orangish-pink hue with a white or cream foreground. When held up to light, they should be almost transparent. Authentic cameos should also have cracks or crazing, and carving indentations. You can also familiarize yourself with what typical plastic cameo faces look like as they are normally reproductions of the same deisgn. You can check the gold setting too, as good quality metal generally indicates an authentic cameo.